There are countless new looks from NY Fashion week and to say this is my favorite is not completely honest because it is impossible for me to see every new look. Though, knowing me, I can't imagine anything could be better that Jason Wu's interpretation of a Balenciaga classic, the "Flamenco" dress. Though this look made an appearance in the late 90's as well.

Back then it was the Flamenco dress, now I deem it "the Mullet Dress": Business in the Front, Party in the back 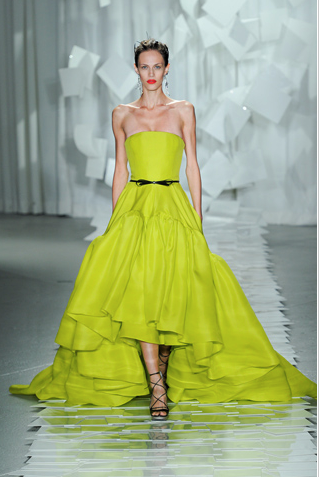 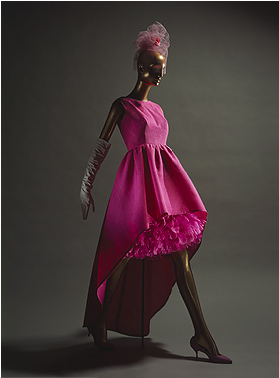 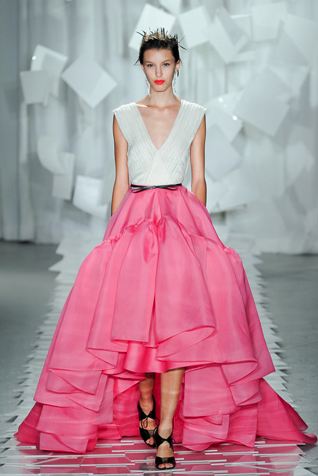 There were other looks from Jason Wu that had me very ready for a cocktail party! It seems as though he was inspired by the famous 'pouf" cocktail dresses of Christian Lacroix - inventor of the ultimate 80's cocktail dresses. Now we call it Peplum 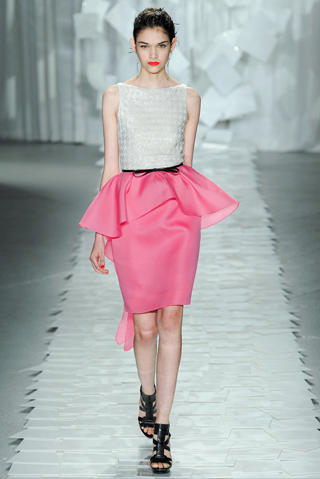 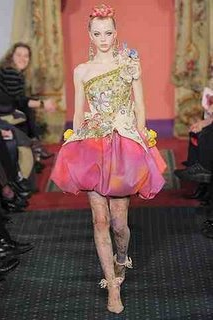 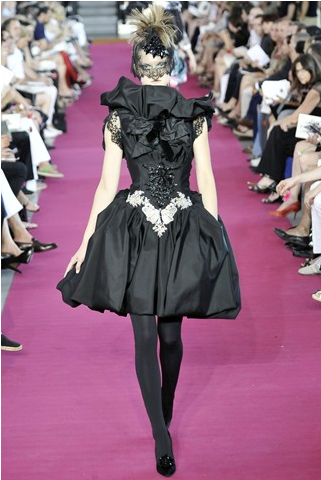